Empowering Christian leaders and authors to tell their inspiring story

I have assembled a caring team of experts to help you produce your book and ready it for publishing.

Ginger is enjoying her retirement from a 30-year career as an educator to use her keen knowledge of writing and the English language to be a book editor. She has a master’s degree in teaching and teacher education from the University of Arizona after earning a bachelor’s degree in elementary education from the same school. She taught and trained in the internationally-recognized Spalding Education International language arts system which utilizes the Writing Road to Reading to promote literacy in students of all ages. She has also helped parents and other educators learn to teach this program to their students.

Ginger is married to Adam Colwell, they live in Tucson, AZ, and they have two daughters and two grandchildren. 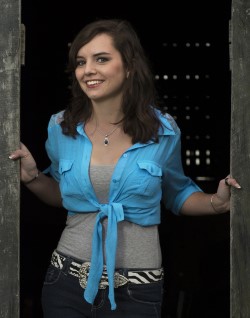 In 2017, she launched her book design company, Ink-to-Book, where she leads a team of talented book cover designers, typesetting masters, and eBook programmers. Based in Louisville, Ink-to-Book assists self-publishing authors who don’t want to look self-published. Partnering with designers who have been in the publishing business since 1998, Ink-to-Book designs covers and professionally typeset books that stand out from the crowd.

Discover more about Gretchen and her team. 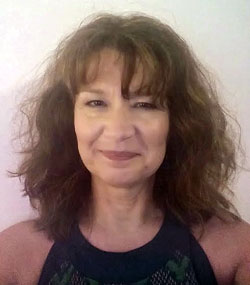 Katherine has been working in the book publishing industry since 1997 and running her own design and typesetting business since 2002. Since its inception, The DESK has designed and typeset hundreds of book interiors for some of the biggest names in Christian publishing as well as for many self-published authors.

Katherine’s passions are organizing and editing – both words and in life – reading historical and literary fiction, writing poetry-prose, and traveling (usually to be near an ocean). She lives in Oregon, has four mostly-grown sons, three daughters-in-law, and two grandsons. 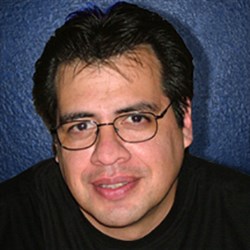 Jimmy has a broad range of graphic design skills in publications, marketing, advertising and design. He has over 20 years experience in the industry after graduating in 1997 from what is now the Southwest University of Visual Arts. He is also a talented illustrator.

Focused on exceeding his clients’ needs, Jimmy has worked on book covers, event manuals, devotionals, magazines, newsletters, appeals, logos, and campaign marketing tools. A native of Tucson, AZ, Jimmy is a Navy veteran who has been happily married for 20 years and has two sons, two grandkids and two dogs. 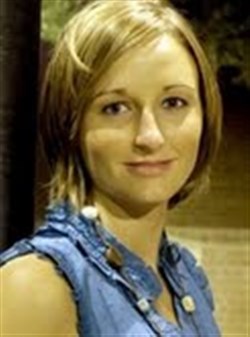 Caryn is an award-winning graphic designer with extensive experience in periodical, marketing and advertising design and production. She specializes in a wide variety of work including graphics, branding, collateral and marketing pieces, web graphics and e-publications. Caryn’s work has been published in all types of media including newspapers, catalogs, magazines, books and the web. She is also a talented illustrator.

Originally from Arkansas, Caryn graduated from the University of Central Arkansas with a bachelor’s degree in fine arts and a minor in marketing. After graduating, she worked for Stephen’s Media as a graphic designer and was soon promoted to production manager, where she managed the production of six weekly newspapers. Her work won her many awards from the Arkansas Press Association for her advertising and newspaper layout design. It was there that she met her husband, a photographer and Tucson native, who convinced her to move to Tucson, AZ. Since then, Caryn has worked as a layout artist for Arizona Mail Order, a women’s clothing catalog company, as a graphic designer for Pet Genius, a web-based pet care company, and now works on the marketing staff at the accounting firm BeachFleischman PC. See a portfolio of Caryn’s work 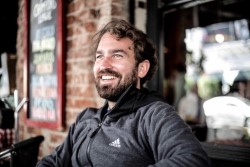 Enrique is a professional translator of English and German to Spanish. He has translated seven fiction and non-fiction books from English and German to Spanish as well as several short stories and articles. The toughest translation he has done was also his first long project, Matterhorn: A Novel of the Vietnam War, by Karl Marlantes, a 600+ page New York Times bestseller.

Raised in Monterrey, Mexico, Enrique has a Ph.D. degree in Philosophy from the Humboldt University of Berlin. As a journalist, Enrique has contributed to newspapers, magazines and blogs in Latin America, Spain and Germany. As an editor, he has been responsible for printed and digital magazines with millions of readers.

INTEGRITY: I will be honest and not lie or mislead in anything I do.

WORK ETHIC: I will have a consistent commitment to honor best practices for writing, editing, publishing, and coaching; I will seek ongoing training for my skills.

COMMUNICATION: I will communicate with clients and my team clearly and thoroughly regarding expectations, processes and deadlines, scope of work, and terms and conditions of agreements.

INTERACTION: I will practice one-on-one interaction with a customized, personalized approach to help others tell their story.